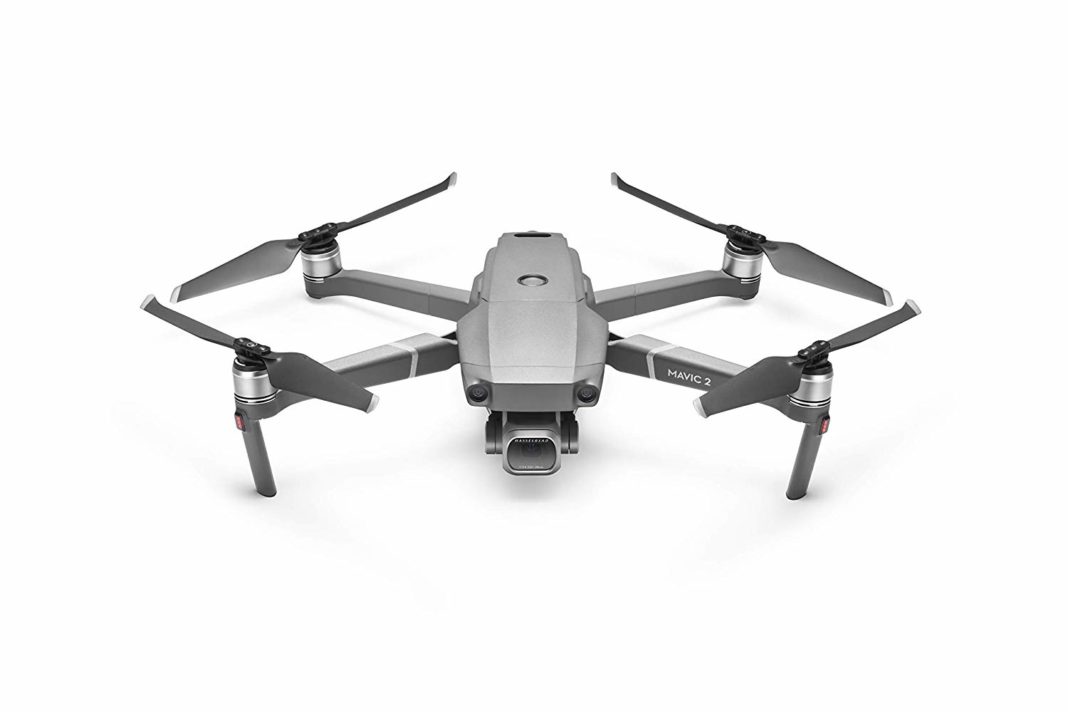 To be quite honest, it’s been a while since I was really excited about drone photography. My first drone was the DJI Phantom 3 Professional which I loved but eventually replaced with the DJI Mavic Pro due to its smaller size and convenience of traveling with.

The release of the DJI Mavic Air was an even better option and that became my go-to drone. However, I soon saw it as a step down from the Mavic Pro which led it often being left at home and in the end, I only took the Air on a handful of trips.

Then came the DJI Mavic Pro 2… I watched DJI’s launch and felt the same excitement I had when purchasing the Phantom 3 a few years back. I’ve been using it actively since its launch and the pleasure of drone photography is back.

But how good is it for landscape photographers? Is it a worthy replacement of the Mavic Pro? Is it worth selling your Phantom 4 Pro for?

Note: this article focuses on using the DJI Mavic Pro for landscape photography, not videography.

When I first heard rumors about a new Mavic, I got quite excited. Judging by the rumors, this sounded like the drone I’d been dreaming of for a long time, one that could spark my interest again.

I didn’t expect a revolutionary update where you’d get Hasselblad X1D-50c camera quality on a DJI Spark-sized drone but I expected a significant difference.

Let’s look at some of the most important highlights for still photography before we jump into my experience with the DJI Mavic Pro 2.

I’m not really a tech-ie but just looking at these specs made me drool a bit. The 20MP 1″ CMOS sensor and adjustable aperture is something we’ve seen before in the DJI Phantom 4 but not in the smaller and more compact Mavic series.

The flight time is just slightly improved from previous models and you now have a maximum time of 31 minutes (when flying in perfect conditions and as carefully as possible, of course!) in reality, it’s going to be a little shorter.

As landscape photographers, there’s no doubt that sharpness is an important topic, especially if you intend to enlarge and print an image. I’ve read several concerns about the Mavic Pro 2’s sharpness in online forums and it was a question asked beneath one of CaptureLandscapes’ Facebook posts as well.

So is there really a problem with the sharpness?

Looking at the image example above, there’s no doubt that the DJI Mavic Pro 2 can deliver sharp images. Taking into consideration that the aperture used was f/7.1 (which is just above the ‘sweet spot’ of f/5.6) and a relatively slow shutter speed of 1/5th second on a windy day, the results should speak for themselves and disprove any rumors that the images are soft.

In the second example, I’ve used the Mavic Pro 2’s narrowest aperture, f/11. We can expect some diffraction and a lower overall sharpness at this aperture but I was surprised to see that it’s still acceptable (in fact, impressively) sharp.

Besides the camera quality and sharpness, this was one of my biggest questions before testing the Mavic Pro 2: how does it perform in low-light situations where you need a higher ISO?

While you can use shutter speeds up to 8 seconds, that’s not the best idea when flying in wind or anything else than ‘perfect’ flying conditions. That means that you’ll need to increase the ISO when it’s getting dark.

To test the ISO performance I took a series of images with an ISO range of 100-1600 to see how well it performs. The results shocked me.

I’ve done similar tests on previous drones and I’ve never dared to use an ISO much higher than 400. This has changed.

While the ISO performance of the DJI Mavic Pro 2 can’t be compared with that of a Nikon D850 or Sony A7RII, it’s surprisingly good for what I’ve come to expect of a drone. In fact, it can be compared to medium range DSLR cameras.

I’ve been flying the DJI Mavic Pro 2 in the Lofoten Islands during this review. For those who aren’t familiar with this area, it’s an archipelago above the Arctic Circle in Norway which is known for its sometimes-rough weather.

This has been the perfect place to test the drone and see how it performs in various conditions.

It performed well in winds up to 10-15 meters per second and I did not have any difficulties either flying it or using a relatively slow shutter speed in those scenarios.

During one of my tests, the weather changed within half a minute and all of a sudden we had heavy rain coming in. I was quick to fly the drone back but since it was pretty far out, it got an impromptu rain test as well. I’ll admit I was a bit worried but it didn’t seem to bother the drone at all. Still, I do not recommend to deliberately fly it in the rain – you never know!

Note: I haven’t yet tested it in winter conditions but will update as soon as I have.

Now, unfortunately, there’s no such thing as a perfect world. While the DJI Mavic Pro 2 performs well and is a great tool for landscape photographers, there are some features I miss.

The most important one is the possibility to flip the camera vertically (i.e. shoot in portrait orientation). Photographing in a vertical orientation was something I enjoyed with the DJI Mavic Pro (see our review here) and I really miss it in the Mavic Pro 2. It’s true that you can capture a vertical panorama by tilting the camera up/down and taking a series of shots but the results aren’t quite the same.

I hope this is something they’ll reintroduce in future models.

Can I recommend the DJI Mavic Pro 2 for Landscape Photography?

You might already my answer but let me summarize:

The DJI Mavic Pro 2 is, in my opinion, the best photography drone available as of writing this. It’s not the best if you look at only image quality (in which case the DJI Inspire 2 or DJI Matrice with a professional camera mounted are better) but it’s the best camera when it comes to usability.

It’s a compact and durable drone with the image quality of a decent DSLR camera. I think many expected a slightly better camera, taking into consideration that it’s a Hasselblad but there’s no doubt that you can use the images for both print and web and see good results.

The DJI Mavic Pro 2 can in many ways be viewed as a more compact version of the DJI Phantom 4 Pro and the image quality is very similar.

I think this is a drone worthy of a landscape photographer’s backpack, amateur or professional alike. It’s already been of great use for me and I’m sure it will for you as well.

I hope I’ve answered as many questions as possible throughout this review but I encourage you to leave a comment if you have any questions about the DJI Mavic Pro 2 for landscape photography. I’ll be happy to help decide whether this is the right drone for you or not. 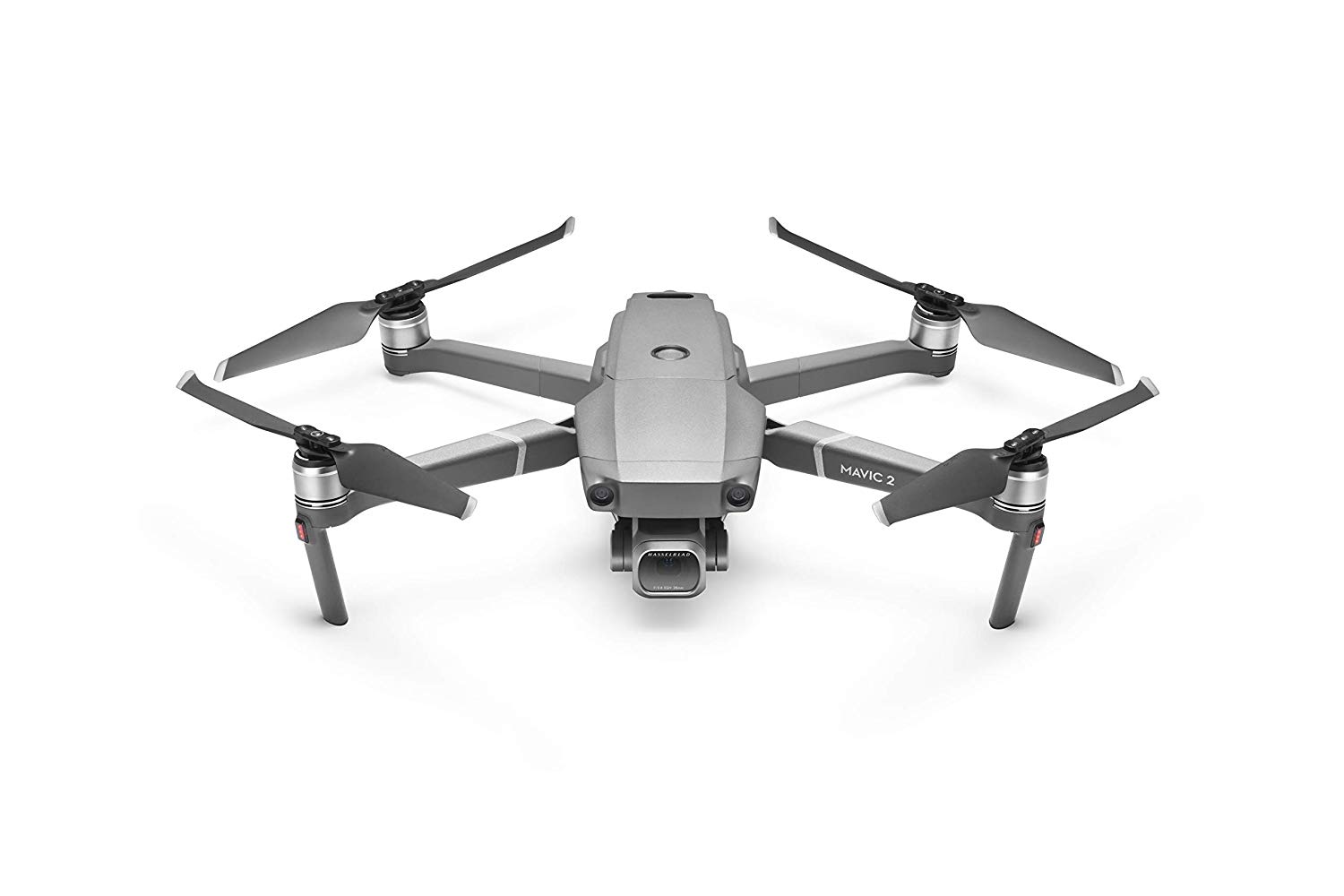