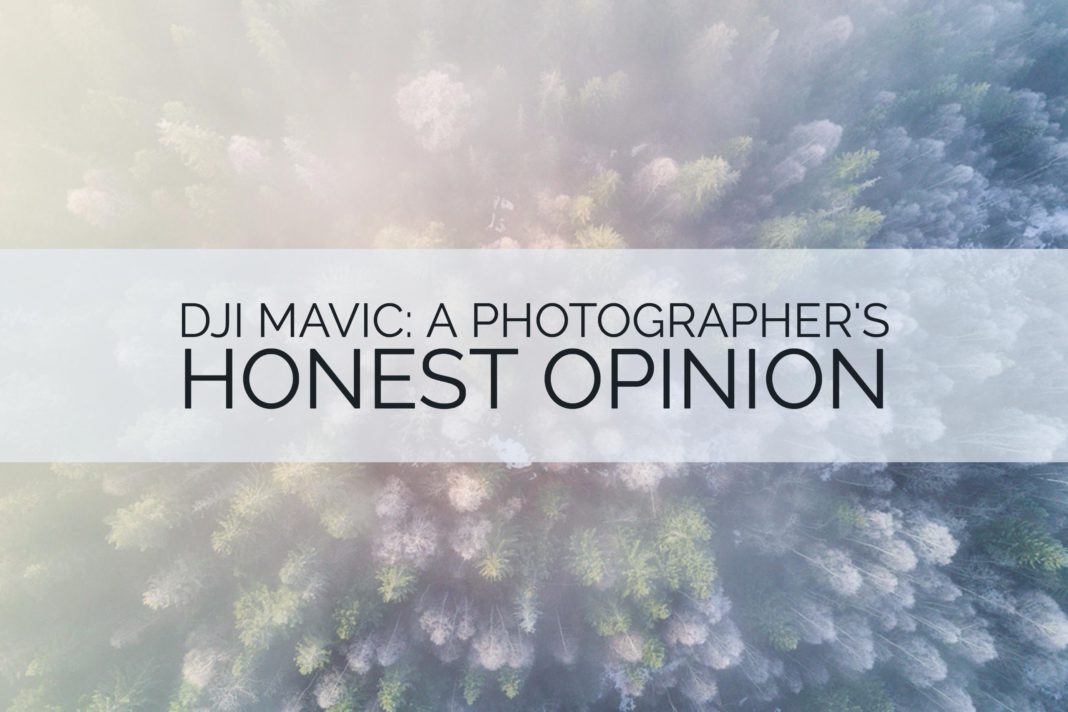 My social media was full of photographers sharing their excitement when the DJI Mavic was announced. At the time, I was still using my DJI Phantom 3 Professional but I was seriously considering replacing it with the GoPro Karma. However, with the announcement of the Mavic, I decided to postpone the switch (which turned out to be a good choice as GoPro recalled the Karma drones). I’ve now been using the portable Mavic for more than a month and I’ve had the opportunity to test it in quite varying conditions.

I was blown away to see how small the DJI Mavic actually is when I received it the in the mail. I already knew it was a tiny drone and the videos of it clearly showed how small it was but, still, I couldn’t help being surprised when holding it in my own hands.

Switching From the DJI Phantom 3 Pro to the DJI Mavic

I still remember my excitement when purchasing the DJI Phantom 3 Professional only one year before the replacement. Finally, I was able to capture images from a new perspective and even take a step into videography.

The Phantom 3 Professional was a great drone but, as with most drones, the still-image quality was not the highest. The 4k video, however, was impressive and I’ve had multiple drone clips in commercials that have been shown in the cinema.

Despite being a great beginners’ drone with high-quality video, I had one major issue with the Phantom 3 (which was the reason I was looking into selling it): the size. There just wasn’t an easy way of traveling with both the drone and all my camera gear, especially on flights, even though I used the ThinkTank Helipak. While I was able to fit most my gear and the drone into the backpack, it just didn’t work out when going on longer hikes and I found myself in a situation where I had to choose whether to bring all the camera gear or the drone.

If I would only be using the DJI Phantom 3 Professional in my local area and not be going on longer hikes or traveling internationally, I would most likely not have felt the need to upgrade yet (though the improved camera quality was an important factor as well…)

I knew it was time to make the switch when DJI released the Mavic only weeks after GoPro announced their drone Karma. Finally, I can bring the drone with me on longer hikes or travels when I have limited space.

Flying With the DJI Mavic

I really love how easy these consumer drones are to use. Even if you haven’t used one before, it won’t take many minutes before you’re navigating it in the air.

The DJI Mavic is even more intelligent than previous models, which is something I found quite impressive. It seems like it’s impossible to crash this drone (though I’ve probably jinxed it now…) There are 5 sensors surrounding the Mavic that are constantly reading its surroundings. In fact, its FlightAutonomy technology makes it register obstacles that are 15 meters away to avoid any collisions.

I was also surprised to see just how precisely the drone is able to hover. This might not be crucial for videographers but it allows a photographer to decrease the shutter speed and get sharp images all the way out to 8 seconds.

It takes no more than one or two minutes from when the drone is lying folded in your backpack until it’s in the air capturing stunning images or creating beautiful videos. Never has it been this easy to get it ready. Simply take it out of your backpack, unfold the propellers and take off (though I do recommend calibrating first).

I’ve found this particularly useful when in a hurry and needing to capture one last shot or video before the moment is gone. The propellers even unfold themselves!

The main reason I decided to purchase the DJI Mavic was its size. It weighs in at less than a kilo and is only 33.5 centimeters (folded) which make it a perfect companion for any hike.

I don’t have to choose between camera gear or drone anymore as it barely takes any space at all. Even on long hikes, it won’t be a big problem as it’s so light. It’s really great to have a drone this portable; I’m now able to get aerial images of locations where I wasn’t able to take one before.

My biggest concern about the DJI Mavic was its image quality. I knew it would be better than the Phantom 3 but my question was, “Can it compare with the Phantom 4?” With the Phantom 4 Pro being released during the same period, I had some uncertainties as to what I would get. However, as size was the most important factor for me this time, I quickly decided on the Mavic.

Anyhow, it is important to me that the camera produces good images that I can use both for web and print (I don’t expect to make huge prints with the drone. If that was the intent I would be looking at the DJI Inspire 1 Pro or something similar).

I’ve found the DJI Mavic produces crisp and clean videos which are definitely better than what I got with the Phantom 3. It does a much greater job gathering details from shadows and its colors in detailed areas such as woods are more accurate. 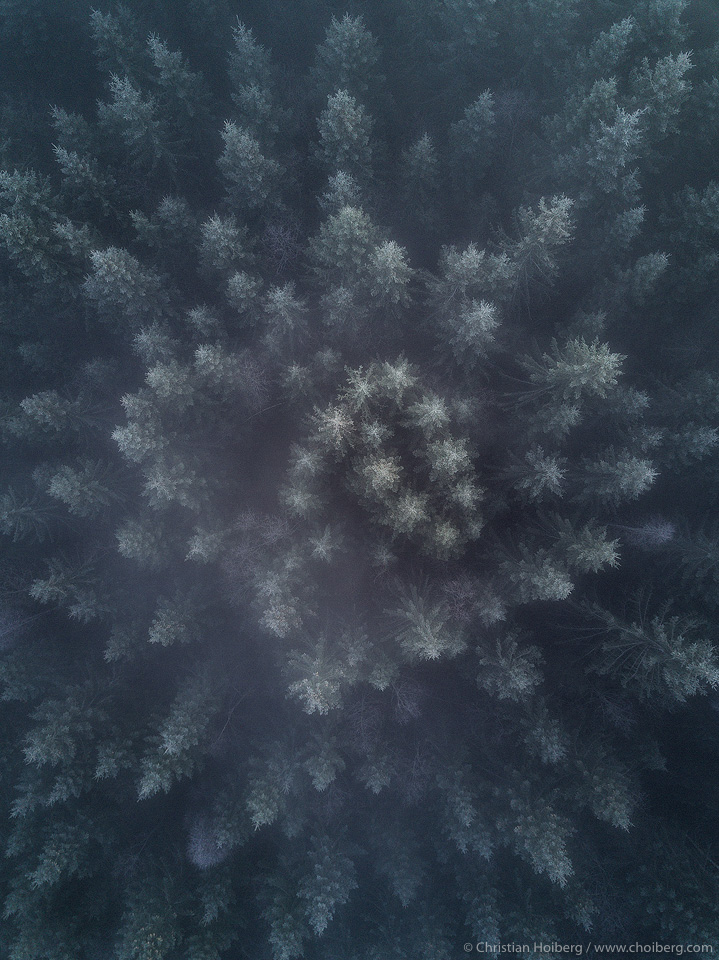 For photography, I’ve also found the quality to be a couple of notches higher. The files are more sensitive (meaning you can’t tweak as much in post processing before seeing noise) than what you get with a Nikon D810 but I was impressed by how much you could do to the file before breaking it. Big thumbs up!

I’ve got one major complaint about the DJI Mavic’s image quality, however; it’s got a horrible vignetted color cast. The outer edges of the image have a slight cold, green hue and in towards the middle, it suddenly changes to a warm color cast. It’s relatively easy to fix in post processing but I really hope that DJI is able to solve this issue.

If you’ve made it this far, you might have a slight idea of what my conclusion is.

The DJI Mavic is a portable drone which is able to produce high-quality video and images. It’s also extremely easy to fly and you don’t need to be a drone expert to capture beautiful footage.

I haven’t once regretted making the switch from my Phantom 3 Professional and I’m happy to recommend the Mavic despite its little vignetting problem. I’m hoping that DJI fixes this with a firmware upgrade or that Lightroom releases a Profile Correction for it.

Note: I am not paid by DJI or any other brand to promote the Mavic and all opinions are based on my own experience using the drone. 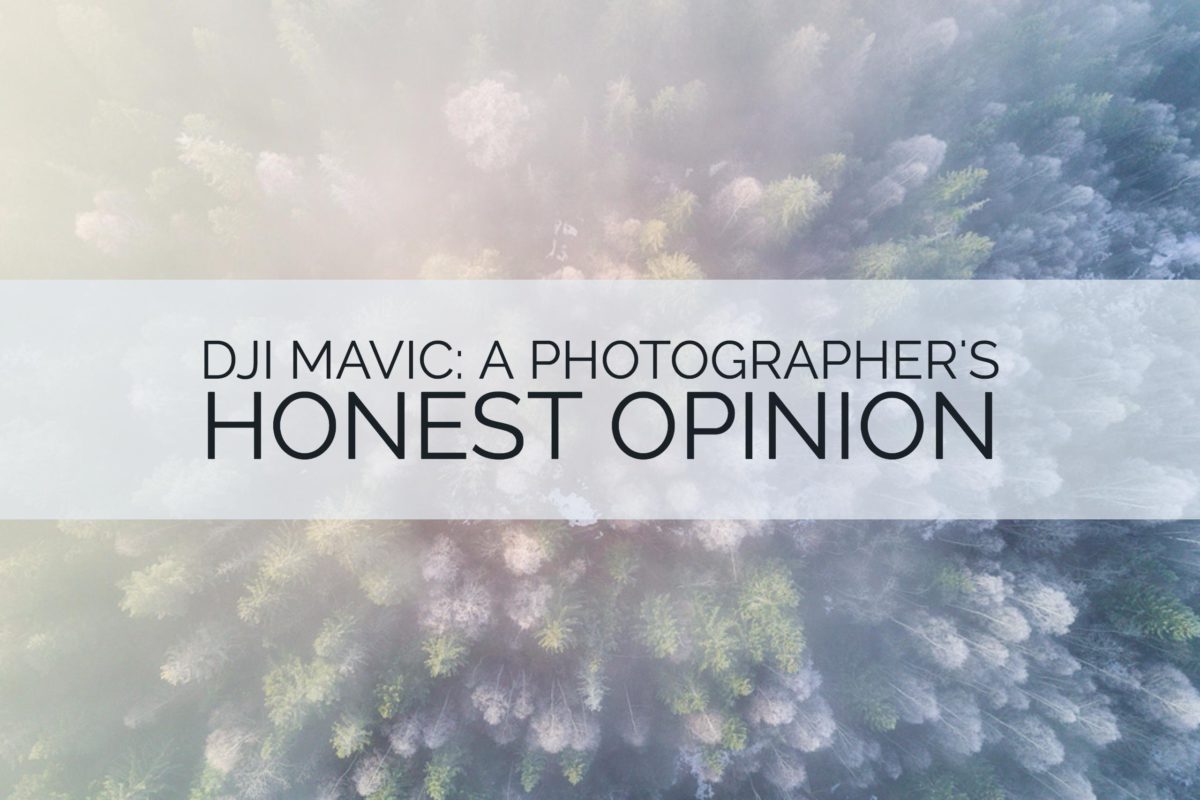