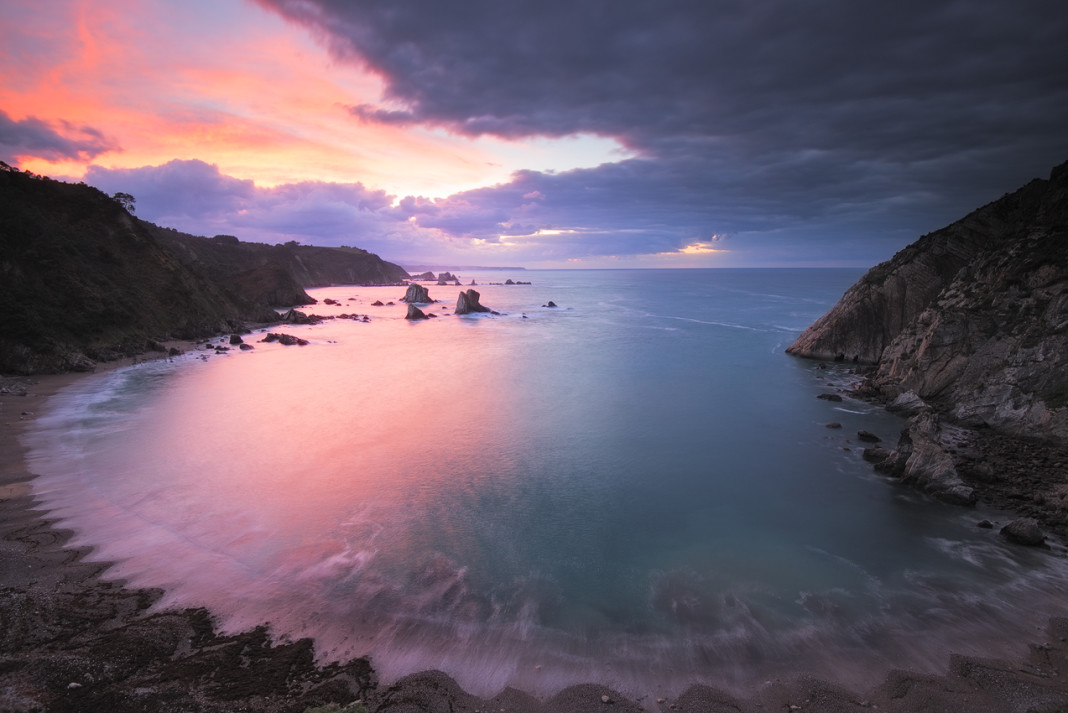 If you have ever photographed seascapes, especially during wind, the chances are that you’ve become frustrated with how dirty your lens gets after only a few minutes. The sea spray can at times be horrible and you’ve found yourself wiping the front element just as much as when photographing waterfalls, the only difference being that the lens only gets worse.

This is a frustration known to most landscape photographers but luckily there are a few simple methods to avoid ever having to worry about missing the shot due to a dirty lens again.

Born and raised in a small town in countryside Norway, where the closest ocean is hours away, I’ve not had the pleasure of spending much time photographing seascapes unless I’m on photo trips. Yet I’ve always been drawn towards them which was the main reason I lived one year on the coast of northern Spain.

Not long ago I went back to this coast on another adventure. With powerful winds and large waves I realized just how important it is to bring equipment to clean your camera with you to locations.

Photographing landscapes and mountains rarely results in dirty lenses, even with lots of rain or snow. The equipment will stay more or less clean throughout the shoot; at least nothing that can’t be cleaned with a microfiber cloth.

Seascapes on the other hand are quite different as the salty water leaves a layer of dirt on your lens and wiping it off with a cloth will often make it worse as you smudge the dirt around.

When visiting the coast here in Norway I’ve experienced having my shots ruined due to the layer of salt and dirt on my front elements. Even though I was doing everything I could to avoid getting the camera sprayed, it didn’t take long before it was wet. Since a microfiber cloth was all I had, and my experience as a seascape photographer wasn’t the best, I used the cloth to clean the lens. However, it didn’t get much cleaner; in fact, it only got worse after doing this a few times. The sunset was looking good, I had a dirty lens and had no way of cleaning it. Failed evening.

Before my trip to the epic coast of northern Spain, I decided to buy a bag of pre-moistened lens wipes from Amazon. As I’ve heard great reviews about the ones from Carl Zeiss, I decided to invest a couple of extra bucks for the sake of quality.

So before my bigger trip along the coast of Northern Spain, I bought the lens wipes. $14 for 200 one-time wipes was the best investment I made before that trip and probably saved me the disappointment of missing more shots.

The wipes not only wipe away the dirty spots but also clean the salt and dirt. Use them after the lens has been sprayed with sea water, then use a microfiber cloth to remove the liquids. That’s how easy it is. Now you don’t need to worry about missing the shot.

Expect to use at least 2-3 wipes during one afternoon of photographing, perhaps even more if there’s a lot of wind and spray.

The second tip is a bit more obvious than the first, yet is something I often see people forget.

Cover up! When you are not taking a picture, cover the front element. It doesn’t matter if you are using filters or not. Hold your hand, or a cloth, in front of the lens/filters to avoid getting dirt on them. 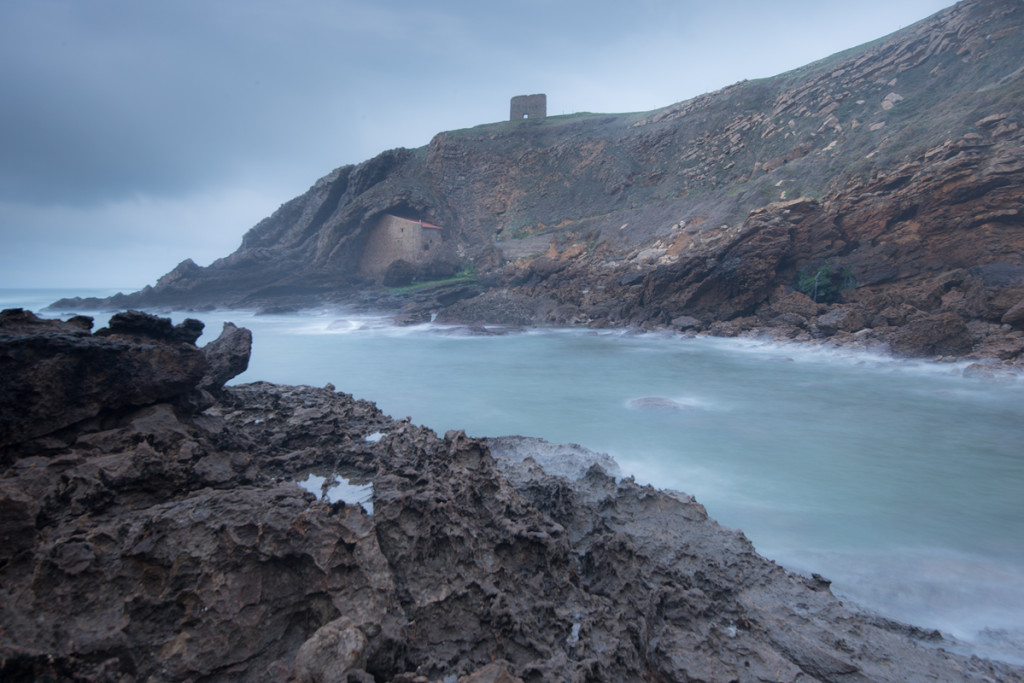 I often see people standing with their cameras facing towards the waves, without any covering while they are talking and not paying attention. Then when a wave comes, they quickly snap a couple of shots before returning to their conversations. What they aren’t aware of is the ungodly amount of drops, salt and dirt that has gathered on the lens, completely ruining the image.

There are many simple ways to keep your lens clean when photographing seascapes: in the end, it’s mostly about common sense. As I said above, I myself have overlooked many of these steps before and have had more then one shot ruined due to my ignorance.

Have you ever struggled with keeping the lens clean? Let us know in the comments below how you handled this problem and how you avoid dirty lenses when photographing seascapes. 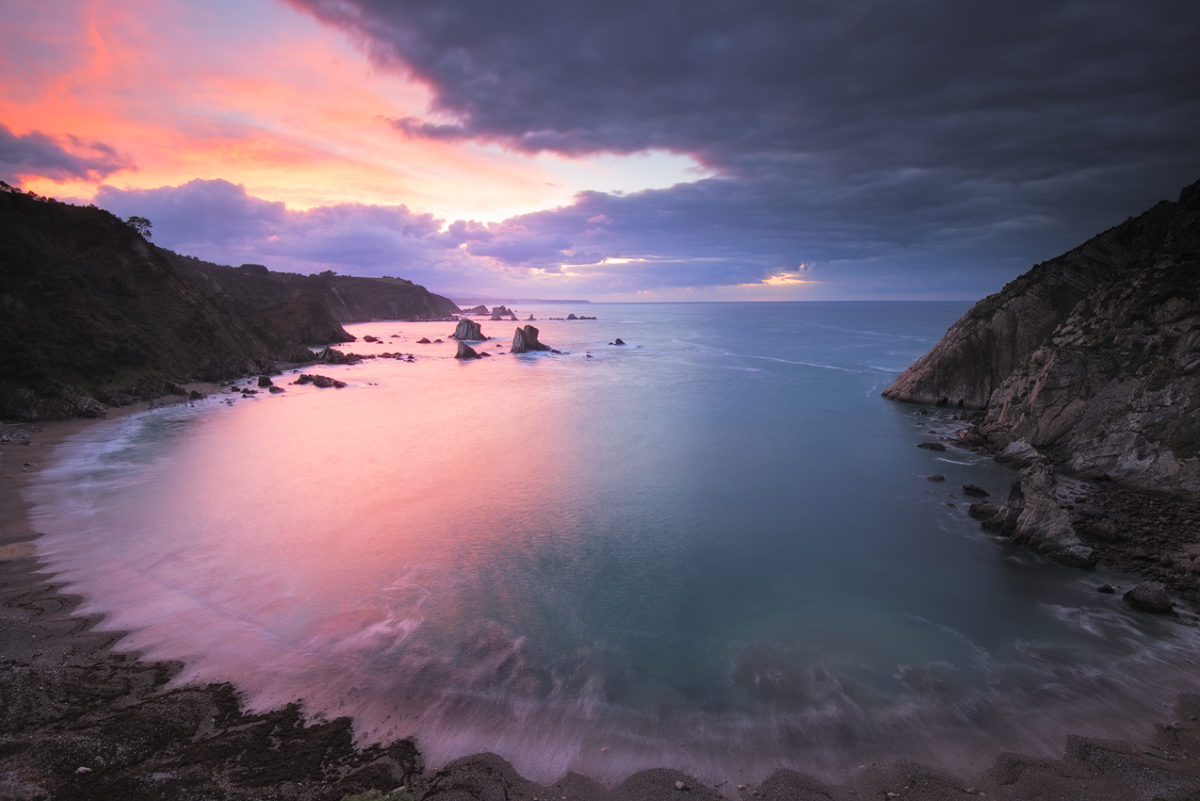