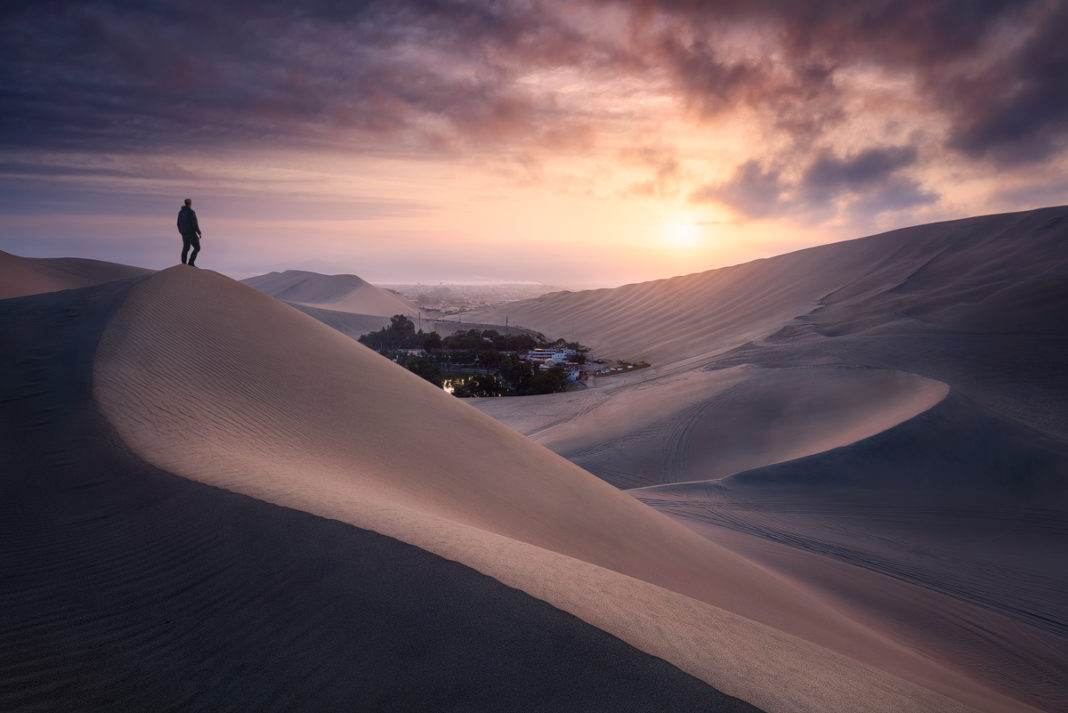 One year ago me and my girlfriend started to travel around the world for six month and the first part of that journey took us to South America. From Ecuador we traveled to the Galapagos Islands, then further south to Peru, we visited the Andes and the Amazon rain forest, explored the Bolivian highlands and the Atacama Desert in Chile.

In total we spent 10 weeks on the road, traveling by plane, boat, bus, train and taxi. We saw a lot of wildlife, great landscapes and visited mystic places. We experienced the South American food and culture and I tried to take some landscape photos along the way.

In this article, I want to talk about the challenges I encountered when photographing in South America and about the rewards of coping with those.

To be honest, it was not always easy to get the photo I wanted. Quite often I had to deal with circumstances, which made my life as a landscape photographer unnecessarily hard.

When I plan shorter photography trips I usually research every photo spot beforehand. The information I need is easily accessible on the internet.

But for South America, I focused my planning more on getting around. I had to research a lot about transportation and places to stay, which left less time for finding and pre-scouting potential photo spots online.

It was also much harder than usual to find such information. An example was the topic of tripods in Machu Picchu. It was hard to find a source, which clearly stated, if I would be allowed to use a tripod in the compounds or not. And what about accessing places like Valle de la Muerte outside the opening hours? Details or guides on how to get to certain locations were a rarity too. 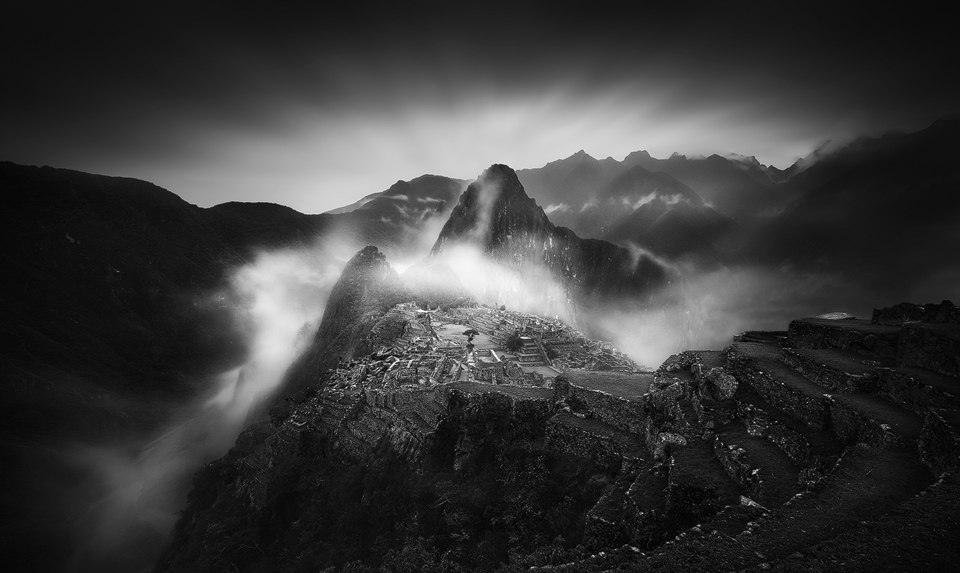 But this lack of information was also liberating. Sometimes we just plan too much, I certainly do. And then, if things don’t go as planned or a location doesn’t look like we expect it to, we are disappointed.

With South America I often simply didn’t know what to expect. It felt much more like exploring than on the trips I had done before. I talked to locals, went to tourist informations or just scouted. A rough understanding of the Spanish language was important. Without it, I would have missed a lot. It wasn’t only talking to locals. The really valuable information on the internet was also in Spanish.

So, in the end, our time in South America wasn’t as packed with photo spots as some of our other travels. But we still found some unique locations. 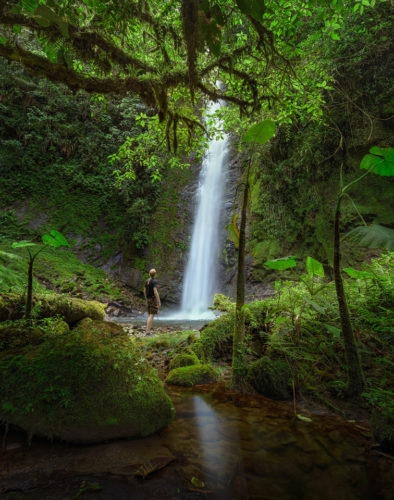 And to answer the question about tripods in Machu Picchu: Bringing my Tripod was no problem at all. A guard stood right next to me as I set it up and as long as I didn’t block other people he didn’t care. But I’d still recommend keeping a low profile and not looking too professional. A sentence you should have down in Spanish is that you take those photos just for yourself and family and that you are a hobby photographer.

Opening hours in South America can be a pain for photographers. We visited some places, which closed at 4:30 pm and didn’t open before 8am. So well before and after my preferred photography times.

But what do those opening hours mean? On the Galapagos Islands some areas were only accessible via a gate, so we had to heed the opening hours. In other parks, we had to give our names and passport numbers upon entering and then sign out when leaving.

I first wasn’t sure what it would mean to not sign out on time. Apparently, it wasn’t a problem though. A few times the rangers were already gone well before the closing times and we couldn’t sign out anyway. 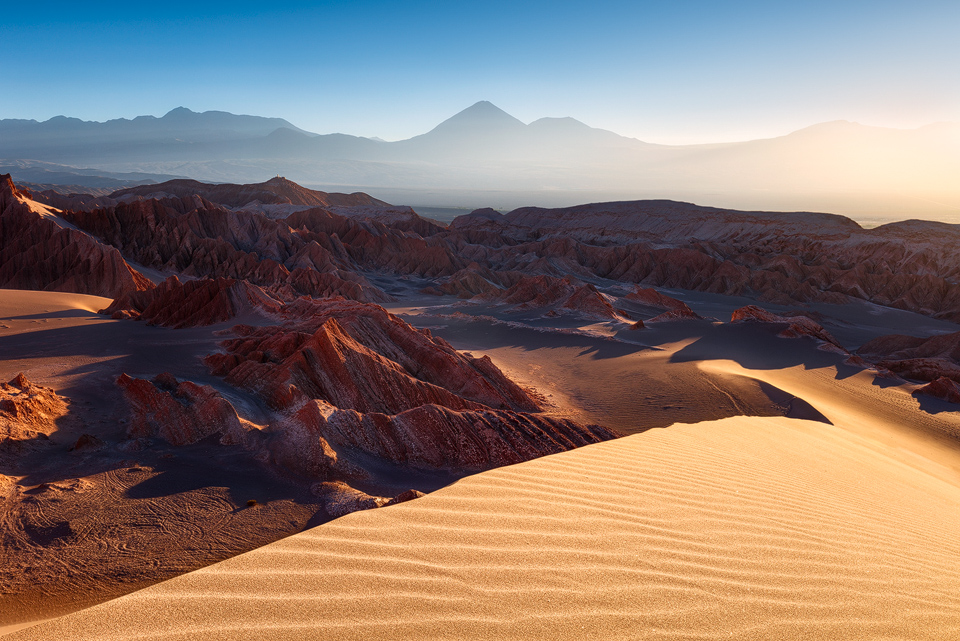 So, if there are no gates, it’s up to you to decide when to arrive and leave. Valle de la Muerte is such a place. I had already paid the entrance fee during scouting so I didn’t feel bad about returning the next morning well before the official hours.

But sometimes the opening hours make sense. Especially on the Galapagos Islands the wildlife should not be disturbed too much. There’s already enough people hopping around during daytime and it’s good that some rules are in place to regulate it. 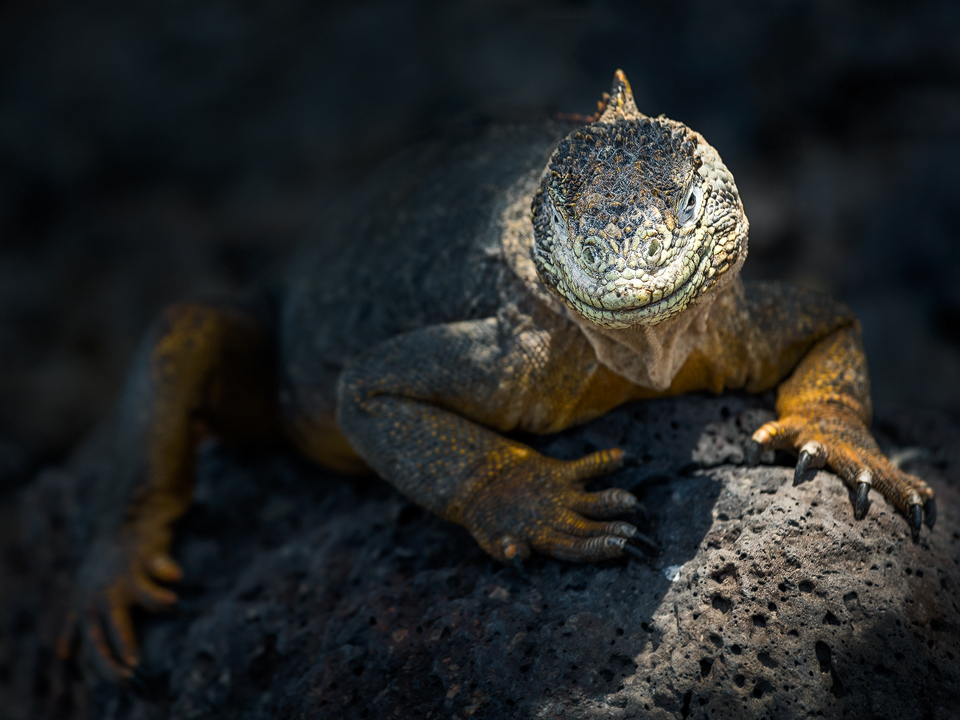 There are various ways to get around South America and the most popular and affordable is by bus. Especially in Peru we covered a lot of ground that way, driving from Lima all the way to Cusco, to Puerto Maldonado and back, and then to Bolivia.

It can be very tiresome sitting in a bus for 20 hours. So if you decide to do it, make sure to spend some extra and get a full cama seat. Those are very comfortable.

But despite most of the agencies offering similar options, there are huge differences in the service. We ended up doing most of our tours with Cruz del Sur, which have the best reputation. But even with them, we had some very bad experiences. So it’s best not to expect too much. 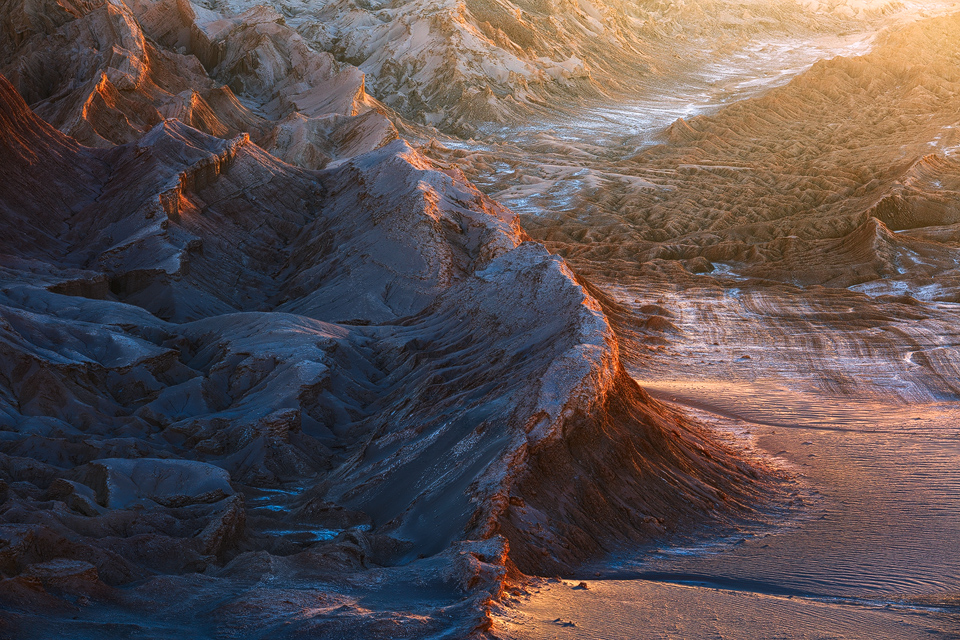 For shorter distances taxis are an affordable option. Whenever we arrived in a city after a long flight or bus tour we took a taxi and never had to spend more than $5. I sometimes even payed a driver to wait on a photo location with me.

I also recommend doing a private tour from time to time. This gives you the opportunity to photograph some very special locations. In Bolivia we did a four day tour from Tupiza to Chile. We could have saved a lot of money by doing the tour with two to four other people. But having a private tour we were able to determine the pace and stop whenever and wherever we wanted. It was one of the highlights of the complete trip.

We had to adjust our usual travel habits a bit when visiting South America in order to stay healthy. The last thing we wanted was to loose travel time due to an illness.

I had to adapt the most when it came to food and water. I always made sure I had enough bottled water with which I even brushed my teeth. Tap water was never an option. Also I didn’t touch the salad I usually got as side dish when ordering a meal. Smoothies and ice were another thing I tried to avoid as much as possible.

Another thing we had to cope with was elevation. In total we spent more than 3 weeks well above 3000m, sometimes sleeping at 4000m. This can take a large toll on your fitness, if you don’t take it slow.

I learned this during the rainbow mountain hike near Cusco. I felt fit and strong that day so I went at my normal pace – a big mistake. Shortly after the hike I got a little taste of how elevation sickness feels: a mix of strong headaches, nausea and feeling beaten down. I was lucky to recover quite fast within a few hours but I had learned my lesson. 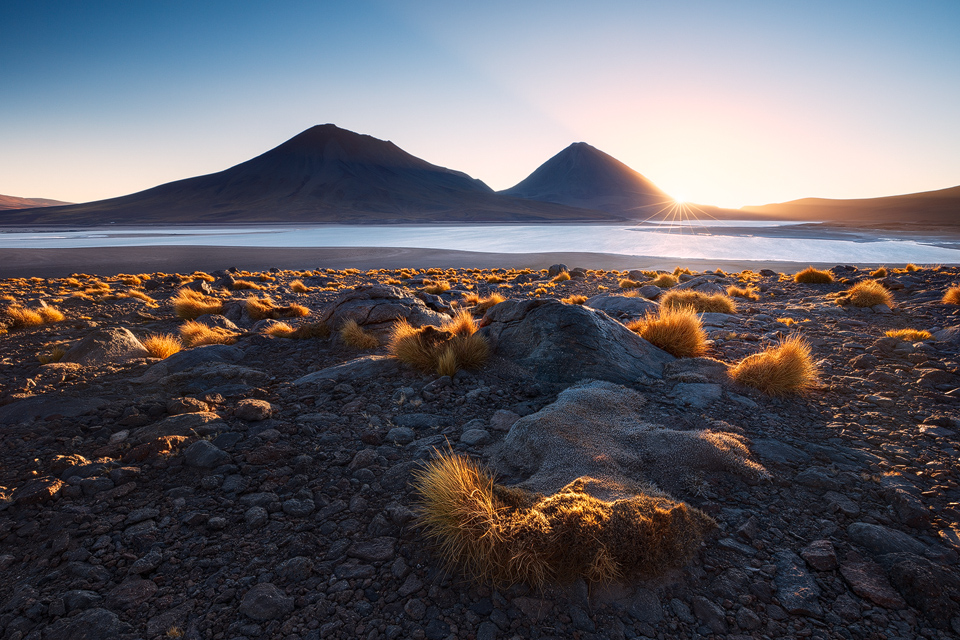 So whatever you do up there, take your time. Getting into a rush to reach a photo spot can quickly ruin your day and prevent you from taking any photos at all.

But if you give your body time to adjust to the low oxygen levels you’ll be able to explore some very unique landscapes and visit places you’ll never forget.

I read a lot about safety in South America before our travels. And it’s true that you have to be a little more cautious, especially at evening, night and in the morning – the typical photography hours. But after adjusting a bit, not once did I get into a sketchy situation.

This again required some changes to my typical travel behavior. One example was photographing Cusco before sunrise. I didn’t know the city and while in Europe I would just have gone out in the morning with my camera, in Cusco I first went scouting without my equipment to get a feel for the city. Since the areas I wanted to photograph felt safe I then returned a few days later with the camera.

In La Paz I wanted to photograph the view of the City from El Alto. Here a first scouting trip during day showed that the photo spot was situated right next to the freeway and reaching it involved a longer walk through El Alto, which at night was an unnecessary risk. 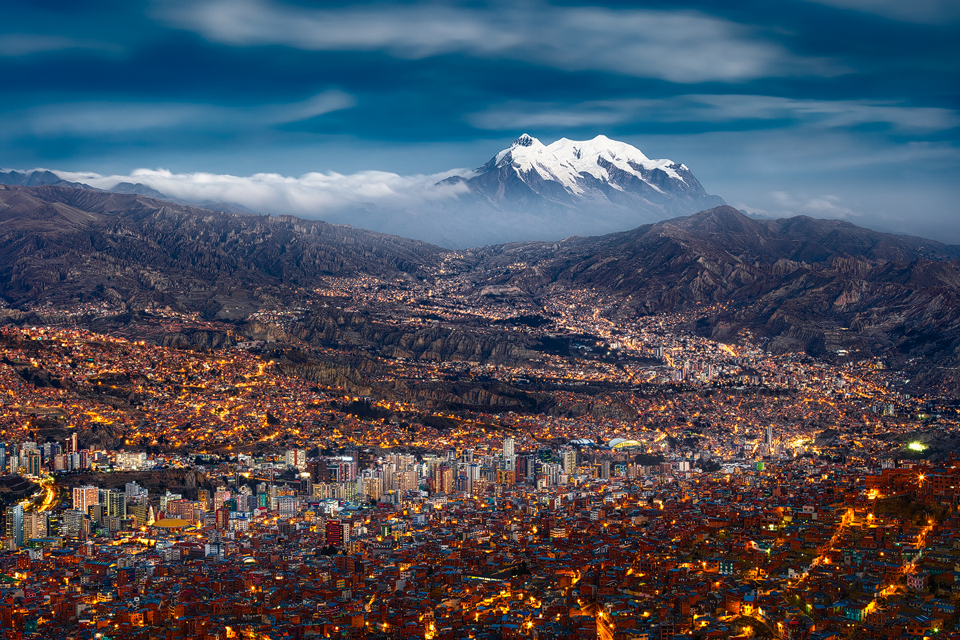 So I had my hotel organize a taxi, which waited the complete two hours on location while I was taking photos. Although this wasn’t the cheapest option I didn’t have to worry about getting back to my hotel and could fully focus on photography.

In the end there were only a few situations where I skipped a photo opportunity for safety reasons. You just have to assess each situation, be aware of your surroundings and trust your feeling. Always keep in mind that there are many awesome places to photograph in South America and a few missed photos aren’t the end of the world. 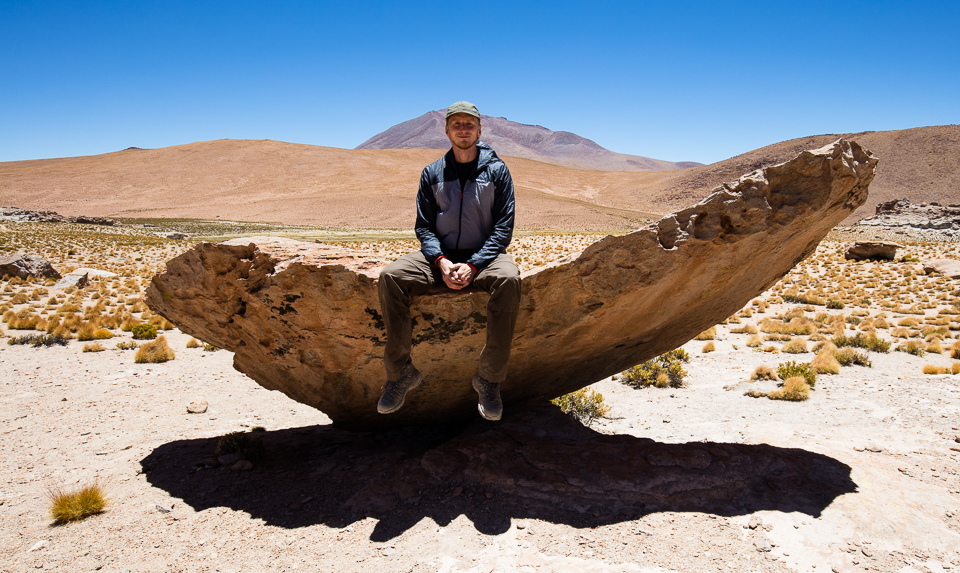 After our time in South America we went to Australia and I have to admit, the contrast couldn’t have been bigger. Travelling was easy again. But still, a few challenges don’t hurt and travelling and photographing South America was an experience I would not want to have missed. It was certainly not my last visit. 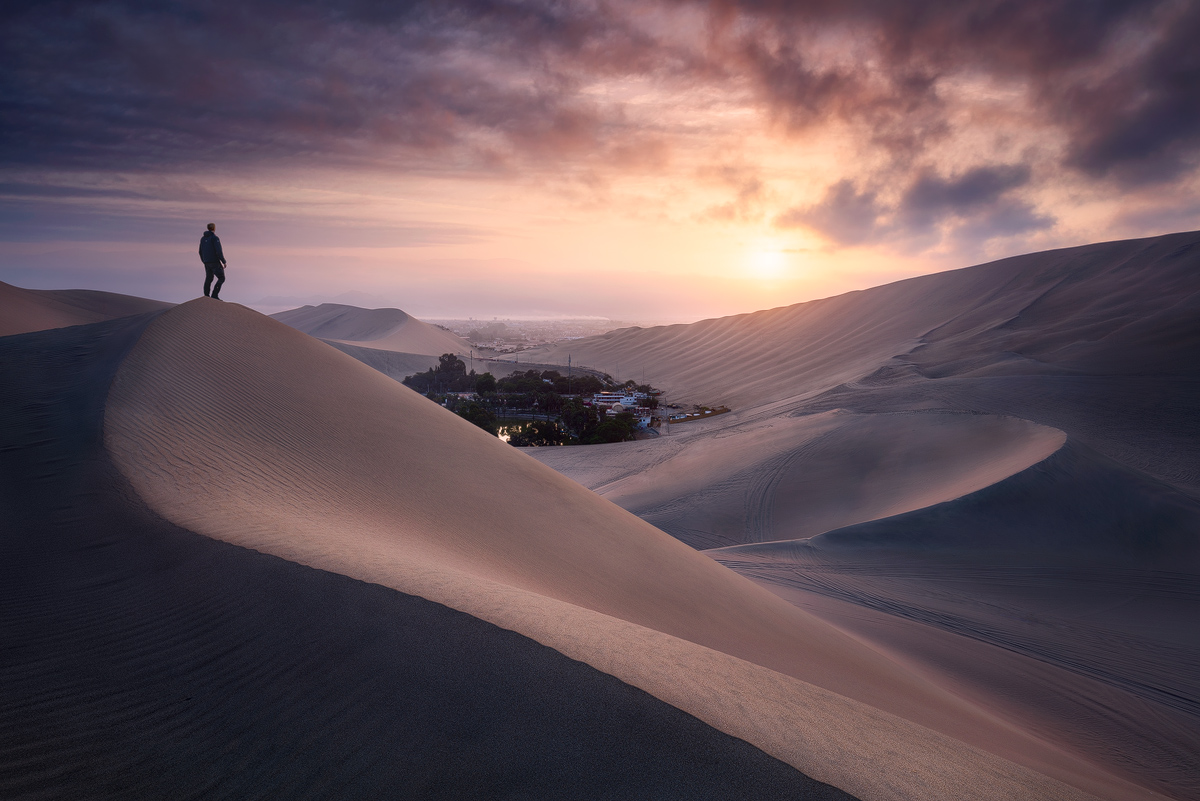