Light pollution is a common problem amongst nightscape photographers. Either it’s within a city or out in nature, it has the potential to make an image less appealing. Every now and then an image can benefit from the orange color cast but this is rarely the case.

NiSi Filters recently announced their latest addition to their family; the Natural Night filter, a filter which removes light pollution. I’ve been testing it in various settings around my hometown during the last couple of weeks and it does a great job removing the color cast but is it as groundbreaking as many claims?

The Natural Night filter is NiSi’s first filter dedicated solely to night photography. As of writing this, the filter is only available for their 100x100mm holder systems (V5 or V5Pro). This means that I haven’t been able to test the filters on my Nikkor 14-24mm f/2.8 which is my go-to lens for night photography. Instead, I’ve relied on my Nikkor 16-35mm f/4 (not the best for this purpose due to a more shallow aperture) and a Fujinon 23mm f/1.4. I’ve spoken with the great people over at NiSi, though, and by my understanding, a 150mm version will most likely be released soon.

NiSi describes their latest filter as this:

Between mercury vapour, sodium and Low CRI streetlights, there are many undesirable wavelengths of light that pollute the night sky. The glow from these can keep your camera from seeing the sky properly and effect your night images. Because of this, NiSi has created the Natural Night Filter to block the most common wavelengths of light pollution. Like the rest of the NiSi line, this filter is made of high quality, precision annealed, optical glass. Its surface is finely ground and polished to ensure sharpness for today’s ultra high megapixel cameras.

A filter that removes light pollution has a great potential to become an essential tool in a night photographer’s backpack as it definitely eliminates an essential problem.

There’s one thing I’ve learned after using NiSi filters for more than a year: quality is important for them. Their filters keep impressing me and the overall quality of their products are extremely high (I still haven’t got any significant scratches after one year of tough use).

The NiSi Natural Night filter is no exception and it appears to be of an equally high quality. I don’t fear that it will be broken easily either.

The NiSi Natural Night Filter features NiSi’s unique NANO Coating technology. This multi-layer coating reduces reflection on the surface of the filter to help with ghosting and flare. It also includes a protective layer that makes it easy to wipe off water, dust, and oil from the filter without worrying about scratching your glass. The NANO Coating process achieves this without loss in sharpness.

I’ll admit. The weather has been quite boring in my region lately and the surroundings haven’t been particularly photogenic during either day or night. Luckily, we got a few days of clear nights (and even some northern lights) which made for interesting conditions to put the filter to work.

All the case study images are unprocessed and straight out of the camera (unless anything else is stated). This allows a better understanding of how it performs. 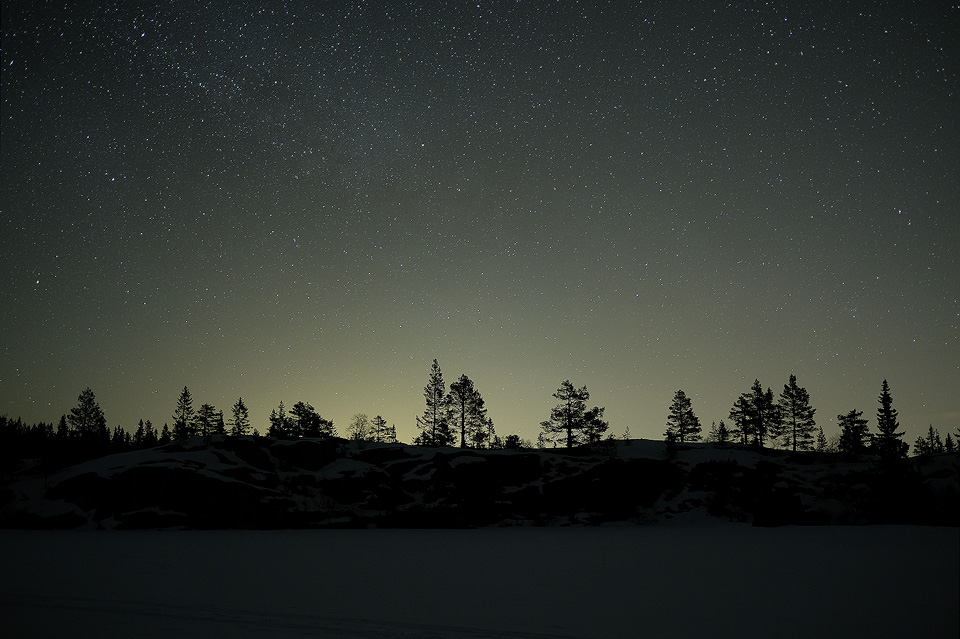 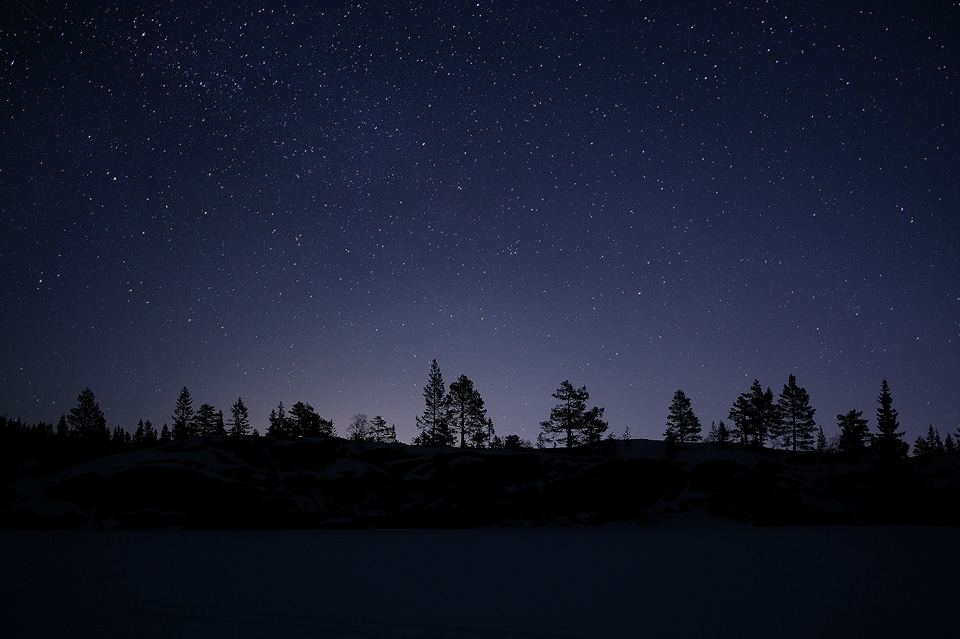 Despite my camera switching to shooting only JPGs sometime during the night, this was the scenario where I saw the biggest difference by using the filter. The original image was flat and boring, with an undesirable yellowish color cast as a result of the city located in the distance behind the hills.

You can see a big difference between the two images and the light pollution was completely eliminated when using the Natural Night filter. The added magenta color looks good for this type of photography and looks more natural than what was captured in the first image. 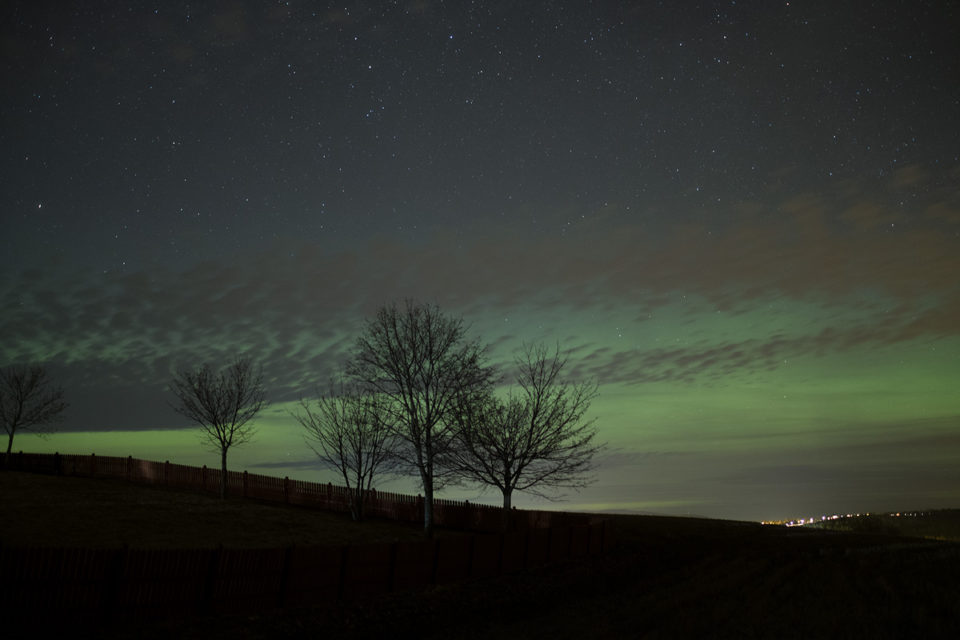 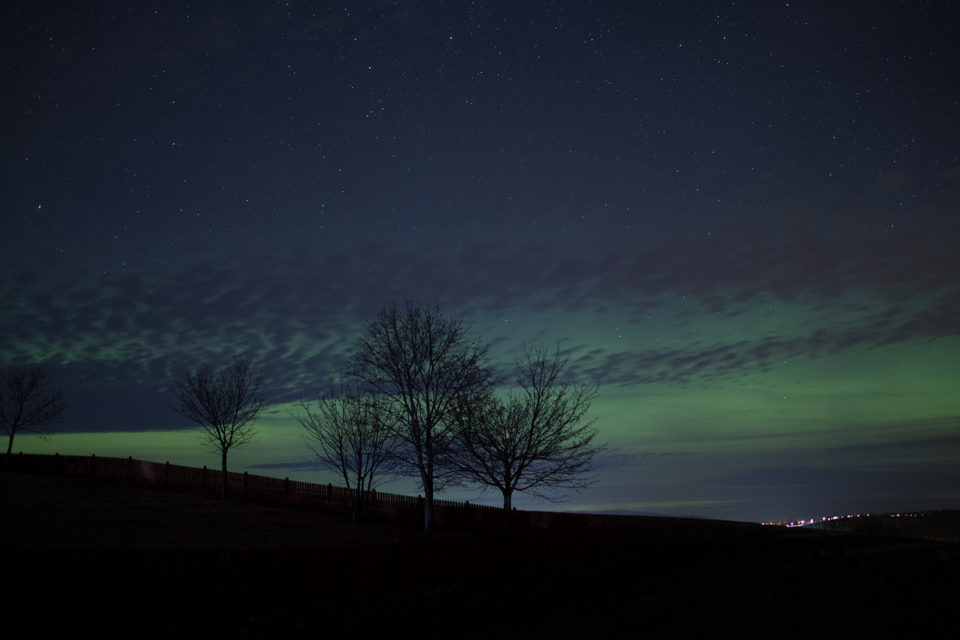 It’s not often we get Northern Lights in the east of Norway so when I saw that the activity was supposed to be high and we had clear skies, I ran out as quickly as possible. The location where I took the images above is one of my go-to places to check the activity of the Aurora and to decide whether I should head further. Since there’s a small amount of light pollution due to the distant town, I figured this would be a good opportunity to test the NiSi Natural Night filter’s performance with the Northern Lights.

Initially, I was a bit skeptic on how it would affect the color of the Northern Lights and if it would try to neutralize it as well. I was happy to see that it didn’t. In fact, I think the filter did a great job in removing some of the unwanted color cast within the lights themselves. You can also see how the lights from the distant town have been neutralized and don’t take as much attention from the image anymore.

The Natural Night filter has a slight impact on the brightness of an image. It’s not as dominant as an ND Filter or even a Polarizer but I calculate it to darken the image with approximately 0.5 stops.

A 0.5 stop decrease in brightness has very little impact on the image and quite honestly, you won’t even notice this.

My biggest question when testing the Natural Night filter was: how hard is it to replicate the exact same effect in Adobe Lightroom or another RAW editor?

The truth is, I’m able to remove the light pollution relatively easy by using Lightroom and it took me less than a minute to make the image taken without the filter to look more or less the same as the image with the filter.

If there’s a lot of different light sources it might be harder to replicate the filter’s effect but by tweaking the hue/saturation sliders it is possible.

However, the filter also removes some flare from the image, which is much harder and more time-consuming to do in post production.

Keep in mind that these images aren’t taken within a major city with a high amount of light pollution and the filter might perform slightly different in such a scenario.

So, what are my thoughts on NiSi’s Natural Night filter?

Despite the fact that you’re able to remove a lot of the light pollution in post production I can clearly see its value for night photography. For those who like to get as much as possible correct in the camera and spend less time processing the image, this can quickly become an important tool in your backpack.

One of the issues by fixing the temperature, tint and highlights in post-production is that you also lose some of the details in the brighter areas. By using the filter you maintain the details and brightness in the highlights even though adjustments are made to the tint and temperature.

I just hope that the 150mm version of this filter will be released soon!

If you’re interested in trying this filter yourself, it’s now available on Amazon.